When residents move out of UniHall they automatically become part of a lifetime network of past residents right from 1946 until today.

Welcome to the Alumni Network

University Hall is proud of our vibrant alumni community members who live and work around the globe. An alumnus is any resident who lived at the University Hostel, Currie Hall and/or University Hall. Together our previous residents form an inspirational community which shares many unique student experiences.

UniHall is committed to providing unique opportunities for alumni to reconnect with friends, to expand professional networks and to keep up to date with exciting new activities occurring at the Hall.

Update your details to find out what's happening around the Hall and to receive invitations to our alumni and large college events. 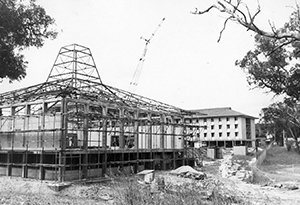 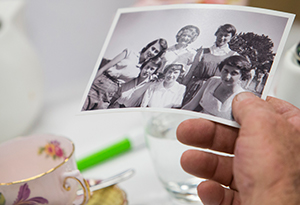 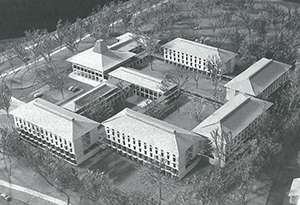 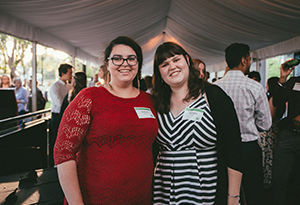 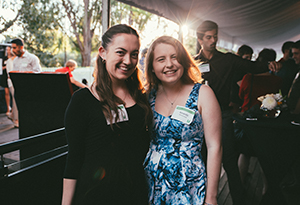 From 'Hostel' to 'Hall' we are proud of our history.

University Hall (previously named Currie Hall) was founded in 1946 as the University Hostel, having been established in buildings that had previously been used as the Bachelor Officers' Quarters by the American Navy during World War II.

The Hall is named after Sir George Currie, the second Vice-Chancellor of UWA and patron of the Men's Club that administered the University Hostel. The character of University Hall reflects the mature attitudes of the original ex-servicemen and women, who prevented elitism and provided equality of membership. The early traditions of individualism of The Hall and student participation in Hall activities and events have been retained today, with an active student-elected Residents' Club Committee and open feedback lines between the Principal and the residents.

There were major changes at the Hall between 1966- 1974 with the construction of C, D and E Houses and a new amenities block. This building program catered for a total of 231 rooms and allowed men and women to live alongside each other for the first time.

The next major stage in University Hall's history occured between 2011 and 2012 when 500 new rooms were built on the current site. 132 One Bedroom Apartments and 369 Studio Rooms were built, fully equipped with kitchens and bathrooms, allowing for fully self-catered living. The new development also included additional common spaces which are accessible by all residents, such as a games room, two music rooms, art room, multiple computer labs, a library...and more!

You can sign up for our eNewsletter, The UniHaller, which shares current stories and achievements of the community.

Our online community is continuing to grow with more alumni sharing old photos and stories. Join us to find old friends and see our upcoming events.